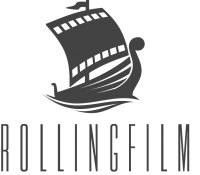 Over 75 years ago, a little boy set off from his home settlement Slani Potok for the city to help improve the family’s situation. Early in the morning he cut 2 small fir trees out of the forest and ran with them down the mountain to the single-track station. After the train had entered, he had to quickly hang the fir trees under a wagon with a rope. When the signal came for departure and the train started moving, he jumped up to climb onto the roof of the wagon. On more than 2h train ride, which still takes just as long today, he had to jump down at each station and back up again to avoid getting caught. There was no money for a ticket.
When the fir trees had made it and he had knocked the soot off his face and body, he continued on foot to the main square, he hid one fir tree in a backyard, for the other he looked for a buyer who was willing to give him a few groschen for it to pay.
In this marketplace, too, he discovered his first orange in winter, not knowing that the peel is usually not eaten, he ate the interesting fruit completely.
The constant hunger also drove him to steal sausages and run away, but other sausages were also attached to one and so the stall owner ran after the flying sausages with a raised knife.

Everything at home was strictly rationed. If he drank the milk or stole an egg from the chickens, he risked a beating.
If he walked for hours through the woods and over the local mountain into the city and ran back too late, the early darkness caught him and he got lost or even spent the night in the forest.
There was water in frozen puddles, winter clothes were no different from summer clothes, new shoes, gifts, toys – all of this was a world that he, most of this generation did not know.
His mother died when he was 18 years old, heavily pregnant in his hands, no phone, no emergency call, no doctor, no one there, he was alone with her and couldn’t save her.

We are familiar with the turbulent times of the 30s and 40s. Our father was born surrounded by kingdoms, lived through nationalistic times, the great war and finally hid from the communists, who were looking for his father and were out for retaliation if a neighbor had betrayed him at the time, this story would have turned out differently.

At the beginning of the 1960s, a train also brought him not only to the capital Zagreb, but also to Weinheim. Without this stop, he might have got off somewhere else and asked for work and we wouldn’t be here together now.

Not far from this cemetery, our father, equipped with these extreme life and survival experiences, ran into the next carpenter’s workshop and that was the beginning of the Weinheim chapter and lasted for many decades until October 5th, 2020

The day will be remembered as a kind of “liberation, redemption, crossing the finish line”, as if he was finally allowed to cover the last kilometers of this incredible marathon to climb onto the podium and finally get the medal on!
The strength and pain that he took on himself in these last 2 years and to be halfway with us will never be forgotten. His moans and screams, which brought us almost to the brink of a nervous breakdown, made our mother age a decade, made us all have more patient and take things more calmly. Endless hospital stays, constant masking, the survival of three antibiotic-resistant bacteria, emergency surgery, rescue flight we had the full program included … and now we can proudly say that he survived Corona and he was with us in his bed in his home with no tubes, no medication, he tackled this last passage with all the resilience I can imagine.

This tremendous rehabilitation was made possible in the first place with the supernatural strength and cooking skills of my mother. Haus Eschenweg 10 lived from this commitment and was filled with so much love. Thank you dear Nona for that, God would have to rename you Lilo Theresa at some point!

Nono liked to walk with a saw and a hammer the days before his accident at the age of 86. He ran up from the Weststadt in the greatest heat, in the direction of Geiersberg to work on our hut and all the way back. This tenacity, this liveliness at this age has been more than remarkable and will always be a role model for me.

Even if his thick head was responsible for the fall,
If you look at it honestly, he could have made the exit a hundred times earlier in his umpteen adventurous unsecured climbing attempts!

His humility, gratitude and simplicity, which have accompanied him all his life and never let his expectations disappoint, are an important point that I wish to keep in my memory and that his beloved grandchildren and the younger generations take this to heart with all the amenities that we meet so early in growing up and are thus perceived as a matter of course.

When he was 7 years old, he gave me my first 1-mark piece in the parking lot of the Rhein-Neckar-Zentrum. It wasn’t until late that I realized why this was something special for him, who had to do without so much.

His smile and his humor, which he liked to flash unexpectedly and which often happened with presence of mind and also protected him from ominous things towards the end. How often have we made jokes about the possible end to take away the horror of it. This sounded macabre or cynical to outsiders, but it was always a good way to deal with the difficult situation.
When he had just escaped death in Mannheim in the university clinic after days of drowsiness and the return flight from Croatia, he immediately wanted to take the OEG home, even though he was still attached to umpteen tubes.

His survival instinct and will from childhood from the humble home, arose out of need, did not let him down until the end and he gave us many funny hours and memories:

Our father sang this text every evening in Croatian before going to sleep, it was his thank you to us for the care, for the love and for God, who kept him alive, who made it possible every day a smile for life in all its complexity and simplicity ready

Manage Cookie Consent
To provide the best experiences, we use technologies like cookies to store and/or access device information. Consenting to these technologies will allow us to process data such as browsing behavior or unique IDs on this site. Not consenting or withdrawing consent, may adversely affect certain features and functions.
Manage options Manage services Manage vendors Read more about these purposes
View preferences
{title} {title} {title}